You are here: Home » Our Blog » Service Area in TX » The History of the Santa Suit 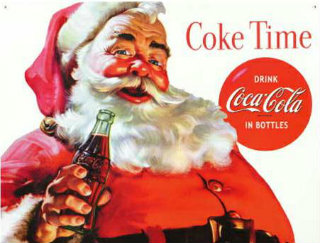 The History of the Santa Suit

Have you ever wondered about Santa’s suit? More specifically, whose idea was it to dress him in red and white with a nightcap?

Of course, being uniform people we couldn’t pass up the opportunity to research one of the most recognized uniforms of our time!

One common belief is that Coca-Cola was the first to illustrate the modern red Santa suit with white lining. We quickly learned that the idea is false! The Santa suit that we are most familiar with can be traced back 40 years before Coca-Cola’s advertisements with Harper’s Weekly. There are multiple illustrations of Santa on the cover of the magazine wearing red. So where did they get the idea?

Multiple theories trace back to a man named Thomas Nast, who is believed to have illustrated the first glimpse of what we call the modern Santa suit. His Santa was a large man with a red suit, white fur lining, a nightcap and a black belt with a large buckle. Sound familiar?

From that illustration, the idea took off. Let’s go back to Coca-Cola. In 1931, a man named Haddon Sundblom drew images of Santa in his red suit for the soda company because the image was believed to be popular among families and young children. That belief proved correct because the advertisement became wildly popular. This popularity is why many believe that Coca-Cola created the modern Santa suit.

So what do you think? Do you have an idea of how Santa’s suit became red? Tell us on our Facebook page!

MAKE THE SWITCH! We are the family business you can trust.

The First Day of Winter in Texas

Holidays Are For Friends and Families
Scroll to top